Well i have finally finished up all my uni assignments so it's time to get stuck into putting the S13 back together.
I got as far as getting the block cleaned up and the head back on today. The head is so clean after its rebuild... Providing the bent valve was my original problem this thing should run 100x better than it did before... *touch wood*...

Posted by Midnight Mechanics at 3:56 PM No comments:

Of all places to be shown this video, i got shown this in a Modernism & Post-modernism lecture yesterday!

I think this video is amazing, pay close attention to everything that goes past in the background and foreground.
EVERYTHING relates to the music!

Star Guitar from discoteer on Vimeo.

Posted by Midnight Mechanics at 10:52 AM No comments:

Dammit it i want my SR working again... 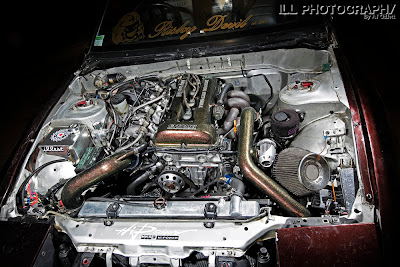 Posted by Midnight Mechanics at 10:15 PM No comments:

Man how i love these guys. With all the turbo datsuns and other cars around these guys keep it real.

Posted by Midnight Mechanics at 12:23 PM No comments:

Generally if anything can go wrong, it will...
As well as it not being a head gasket that was the original problem,
It turned out my head needed a rebuild because the valve guides were incredibly worn... And to top it off i had a bent valve.

Anyway, all pain and swearing aside the head is now back in my possession after a full rebuild and a new valve. I will hopefully be putting it all back together at the end of this week, and if i still have to address this original problem im going to be looking at either fuel or air flow meter... 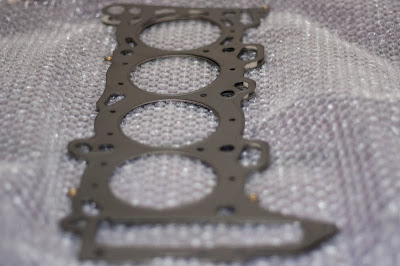 The head is freshly back from the machinists after a full rebuild. 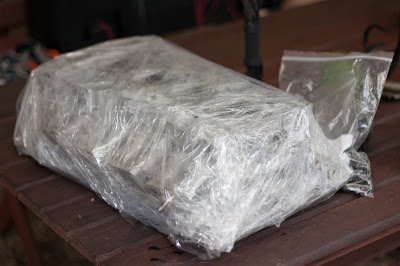 I also will be putting on the obligatory rattle canned satin black rocker cover... I'm going to take my original one to my painter and get it painted the same metallic black/silver as Jasons 86 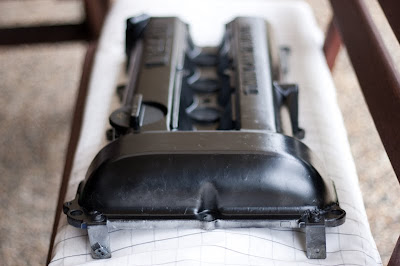 Posted by Midnight Mechanics at 2:19 PM No comments:

Predictably after only owning my s13 for three months my head gasket has blown. As easy as it is to blame in on the three laps at the track the other week I don't think that is the reason. Having had a few problems with coolant hoses over the last month, at one point my car overheated from a burst hose so my guess is this is the cause.

Anyway, this is how my engine bay looked yesterday 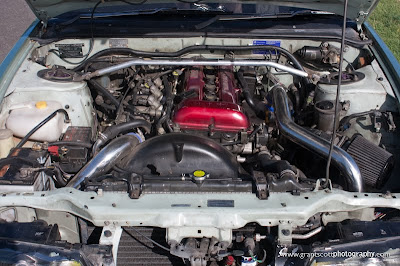 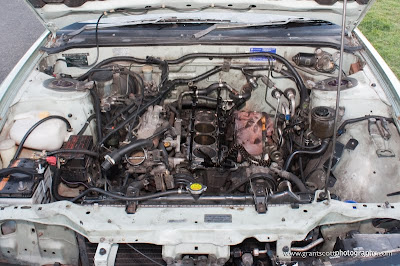 Good times...
I have a metal 1.2 gasket coming on Monday, fingers crossed if the head is ok it will be back together by mid next week.

.... Shitbox
Posted by Midnight Mechanics at 5:58 PM No comments:

I swere this video almost seems better than being there


Formula Drift 2010 Round 1 from Justin Shreeve Films on Vimeo.
Posted by Midnight Mechanics at 9:41 AM No comments:

My sticker for my tire sponsore got made this week, so i felt it was fitting to get some shots while i had it out. 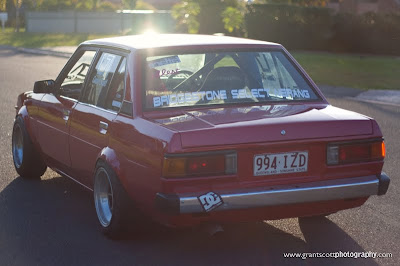 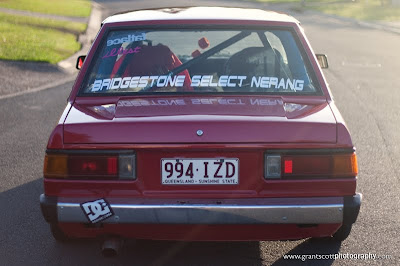 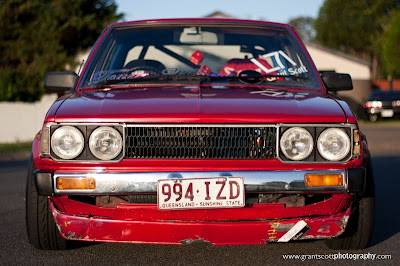 I found this very cool, check it out, and whatch the whole thing. This guy has some talent


Posted by Midnight Mechanics at 2:11 PM No comments:

When it comes to my car, i generally avoid replacing any parts as long as i can. With good reason.
Today was a complete fuckaround.
Recently my steering rack has gotten to the point of being so worn out that it gets stuck as i turn, so today i decided to replace the rack, the rack ends, and the tie rod ends. 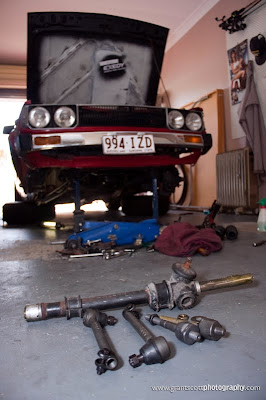 Despite it taking forever and using pretty much all of the cash in my wallet, the result feels great. The car is so nimble now, it feels as though it has just been given power steering!
Posted by Midnight Mechanics at 11:03 PM 2 comments:

Yesterday we all got together to help Jase pull apart his 4agze. The motor has been having a few problems lately so we pulled the head off to get it cleaned up and the valve stem seals replaced.

Being fashionably late, i got there just in time to see most of the motor apart already. However we needed my 10mm double hex socket to get the head bolts out, so the head couldn't come off untill i turned up with that.

Anyway, once i turned up i got some quick shots of the work in progress. 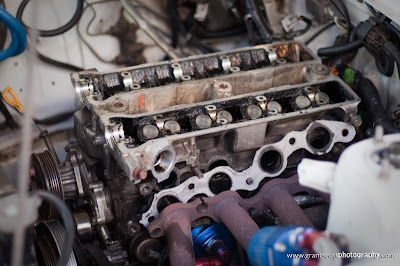 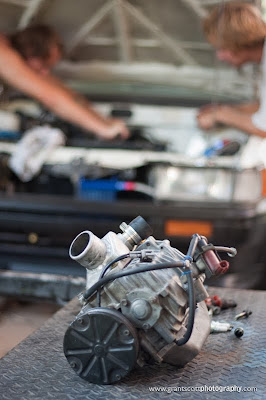 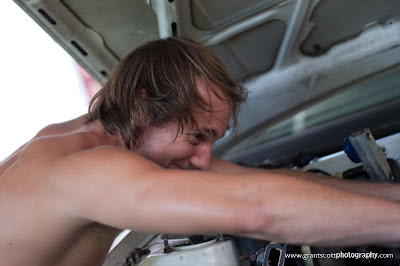 Posted by Midnight Mechanics at 11:05 AM No comments:

This is a very poor photo (sorry Jase) of my silvia, but i just thought it would be cool to show what photos i have of me sliding my daily S13 at archy the other day.

I still cannot get over how easy these things are to slide. I love my corolla and don't wish to ever sell it, but far out just building an s13 would make things damn easy. 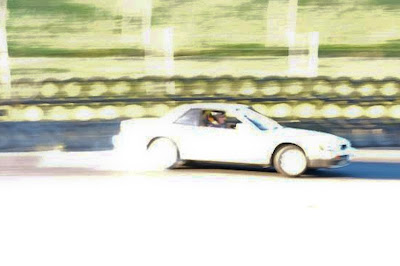 Well yesterday afternoon was very interesting.
With very little going on in my afternoon, after a quick chat with Jase on facebook (another mate of mine with a type x 180sx) i decided to head up with him to archerfield to watch some drifting.

Here's some shots from the arvo

Buckna brought this tidy little dato in to carry the tires for his rb25 s14 monstor, i'm quite a fan. 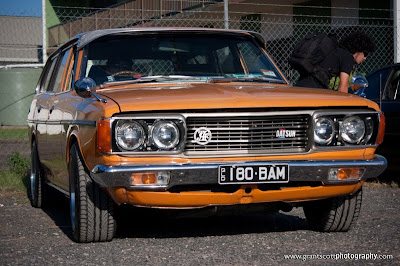 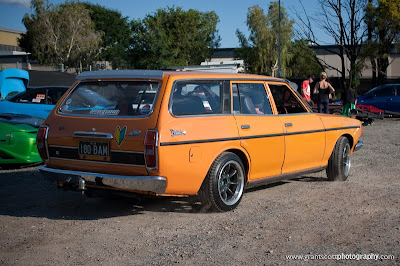 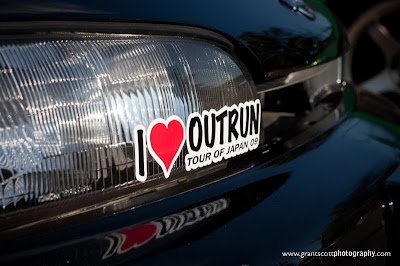 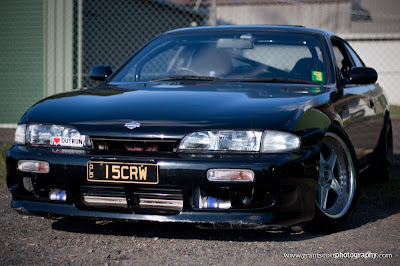 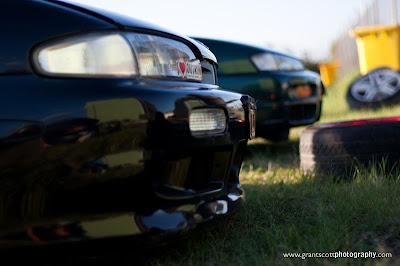 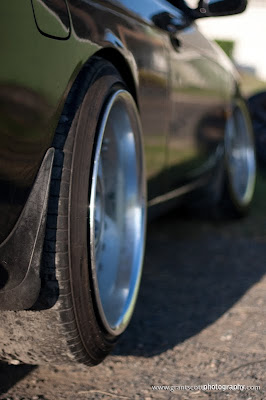 This was the first time i saw Paul Dean's new livery on his S13, it looks fantastic! 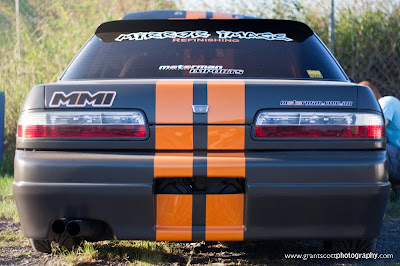 Here's me in the passanger seat of Buckna's black monstor S14.
This man can steer, i was very impressed with his driving and the car's power!
Thanks to Jase for the picture! 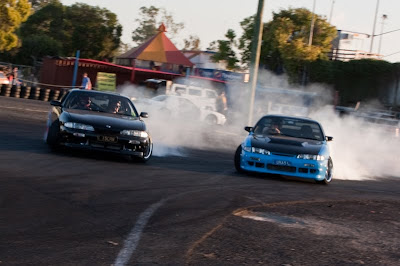 I also happened to get my s13 on the track for three laps. Its just silly how easily these things drift. Will have some pics from Jase soon hopefully.

Oh also, A special mention to the old guy at Archy that was trying to kick me out, as i was leaving, for taking off my shoes in the pits just before getting in my car...
Gold...
Posted by Midnight Mechanics at 1:03 PM No comments:

A couple of nights back myself and a few select car owners met up in order to be a part of the production of the Touge Heroes Dvd.

The usual variety at any given track is anything from standard with a set of wheels to full blown competition cars. It was great, in this case, to see only see cars that have been purpose built and appropriately styled. 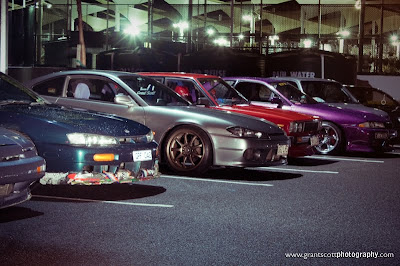 The participation involved all of the cars being filmed while leaving the carpark, and then after proceeding to the nearest highway onramp, filmed again as we entered the highway.

A notable mention to Ben in his purple R32 and its pure sexuality, me being the one behind him as we merged onto the highway. I will drive with that man any day lol. 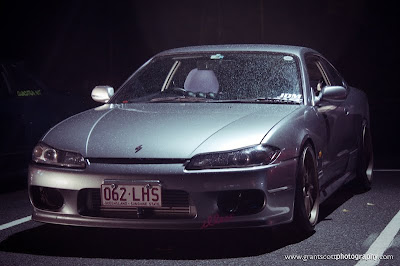 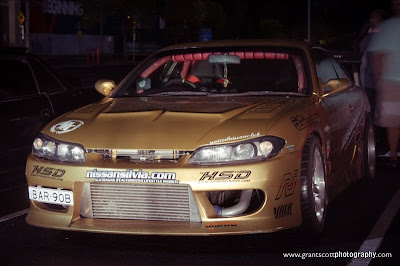