Yesterday i spent the afternoon helping out Jayrad roll his rear guards for his new 18x10 +18 Work XD9's.
Such a gorgeous wheel, the offset is just perfect for the car. We only had to lip the rears and it was perfect.

This really makes me want to get some offset for the s13, money is friggen tight at the moment but these wheels sure make it seem less of a concern lol. 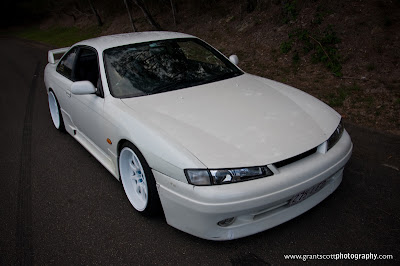 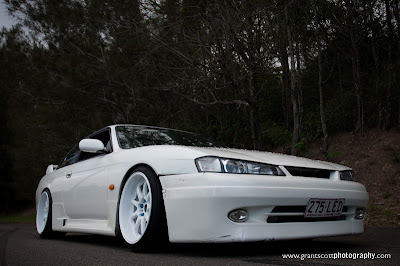 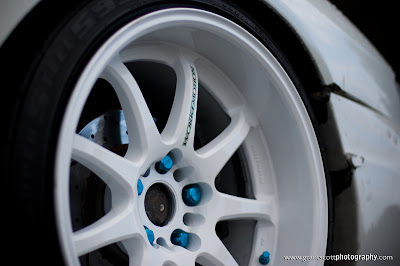 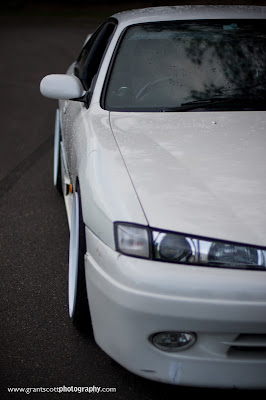 Posted by Midnight Mechanics at 11:15 AM No comments:

A couple of nights back, Josh, Aaron and myself went for a hill run. Plenty of good times were had, including my exhaust falling off while on route lol... A couple of quick zipties though and it was sorted. I got some new hangers for it now anyway.

I think my car was the odd one out here, cause aarons ke is very tidy now after its beige paint, josh's 90's to the untrained eye could be mistaken for a done up camry... mine however looks like its ready to wreck shit up.... Even though i love it like that, its not ideal for driving around the street.

Lol i think i need to put some work into the silvia. 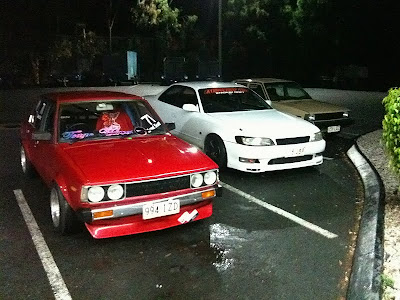 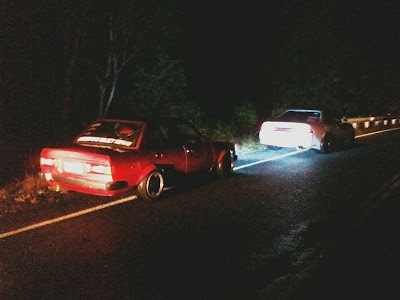 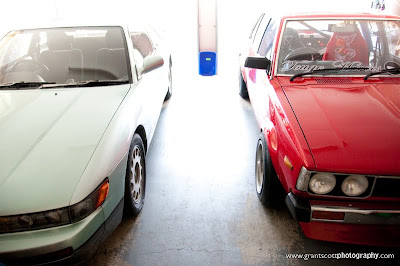 Its good having a bit of garage space every now and then. I had these two parked up today so i felt a shot was necessary.

I sorely want either a wide angle lens, or even more a full frame camera body. For now though im stuck to jamming myself in the corner with my 1.6 crop 40D and 17mm lens.
This is a few weeks back when i had the corolla hanging in the garage after a full day of cleaning and polishing. 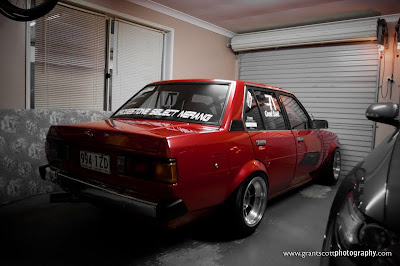 Posted by Midnight Mechanics at 8:40 AM 2 comments:

Here's a plug for Casey's website. I meant to post these pics in with my Morning Session photos but i forgot cause it was like 1am lol.

Casey runs this sick website with even cooler stickers thats to do with Cars and all things lifestyle. If your having a lazy laid back sunday afternoon and feel like checking through some cool shit, this is the site for you.

Showing the love on my helmet, im a big fan of cool typography (not that i am any good at it) and i reckon Casey nailed it with these stickers. 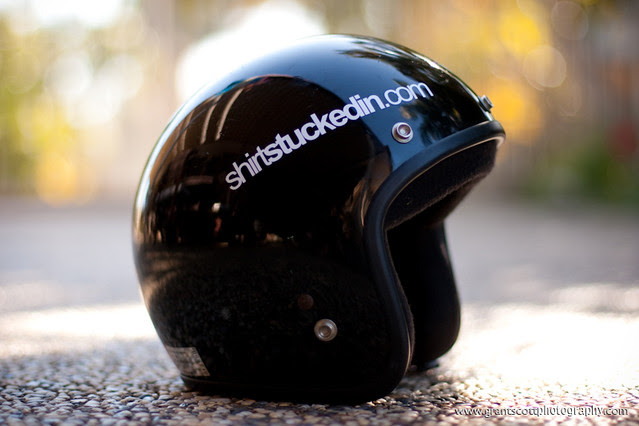 I pretty much cleaned him out with his stickers, but two went on the daily, one on the back of the corolla and one on the bride. <3 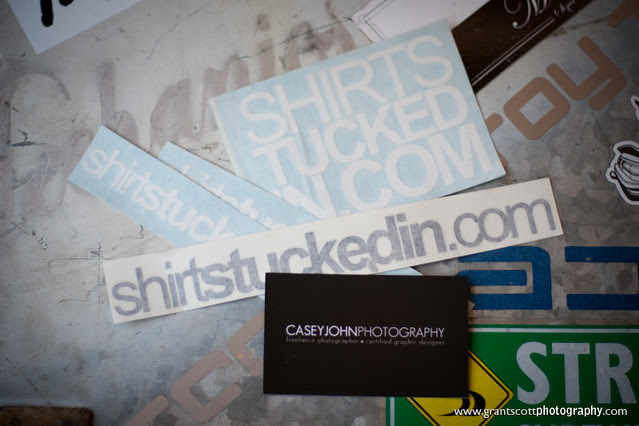 Dammit i love Morning Sessions! I Wasn't going to go to this at all but i got the chance to get a lift up and be back before uni so i took it! Thanks Jayrad!!
Riding up with Jayrad in his super gentlemen like S14, still waiting on those XD9's, cant wait! 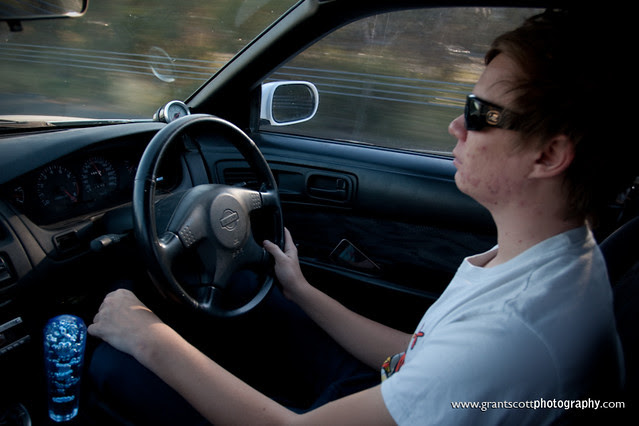 Saw this one the way up too, that was a bit of a fright. For those overseas, these guys pretty much have the power to ruin your life 5x over.
'This is your life' *Squasshhh* 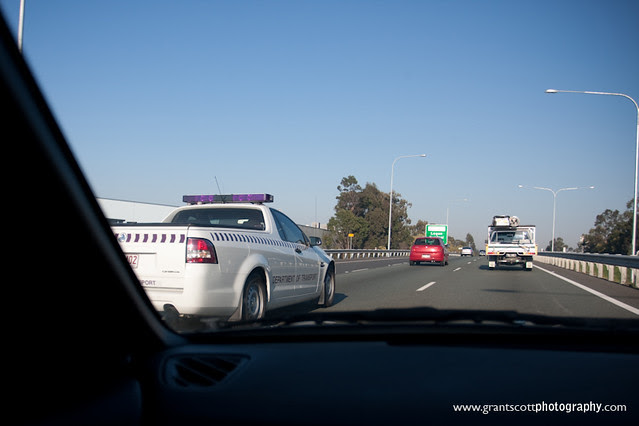 Seeing TJ's car in person was just unreal, the car is just insane! 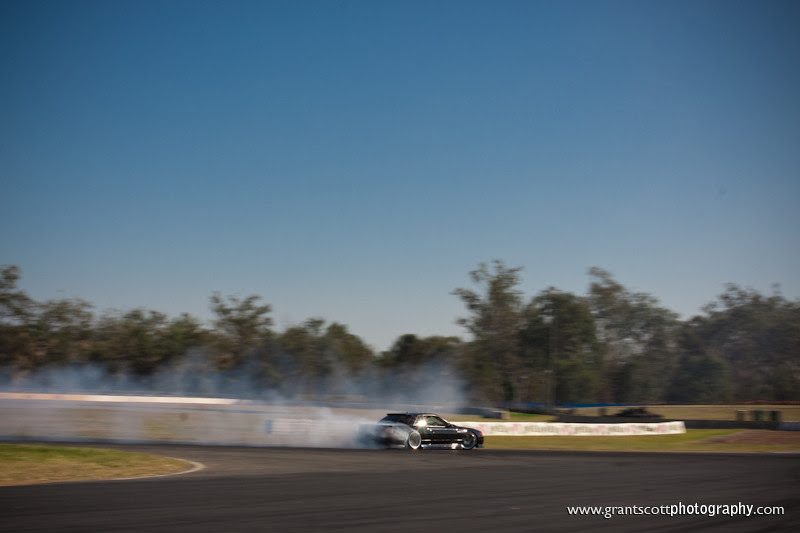 Jayrad was on linesman duty, here he is telling Tayno to proceed back to the pavillion. 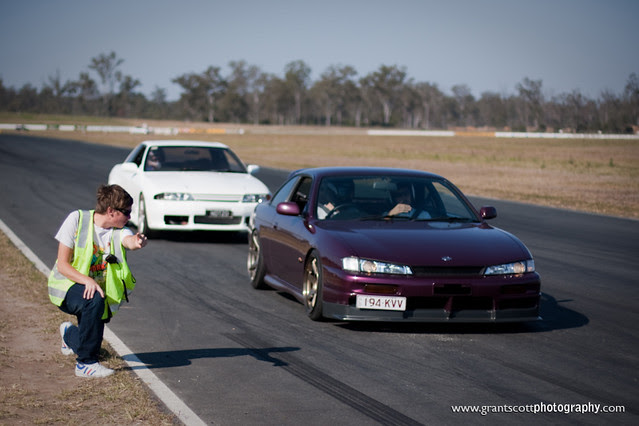 Here is Casey with his Canon 400mm shaped flak gun. Check out http://www.shirtstuckedin.com/! 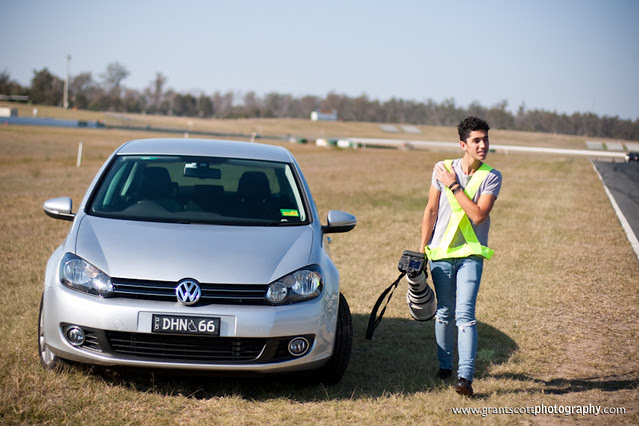 I really do love Tayno's car, the thing is simply stunning... 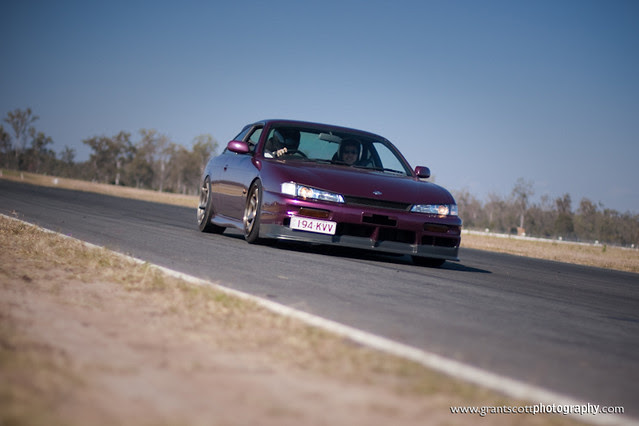 Stopel in his Sr20 powered mx73 cressida, having owned one of these before i love the idea of the SR under there. 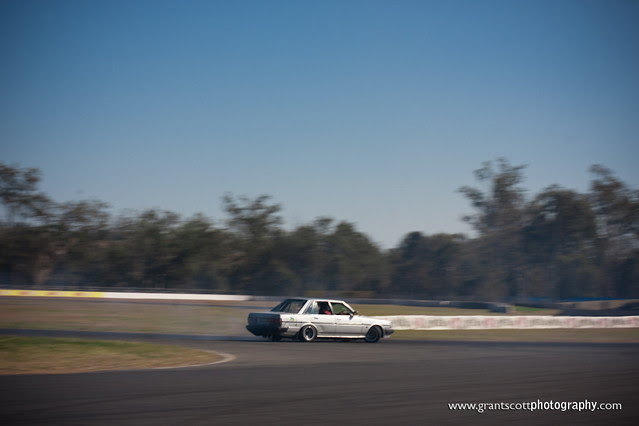 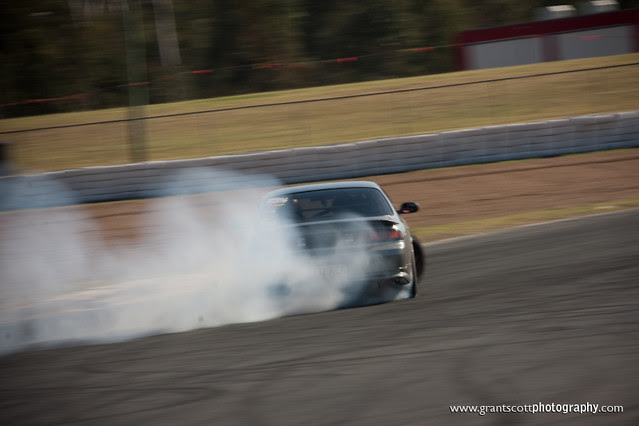 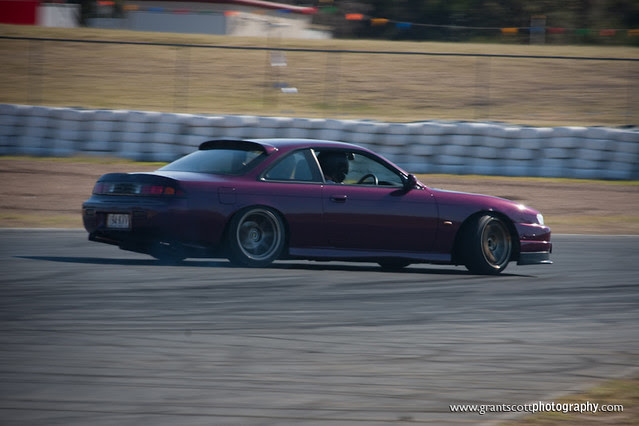 Some of TJ's spare wheels, just to give you an idea of the tread he's laying down. 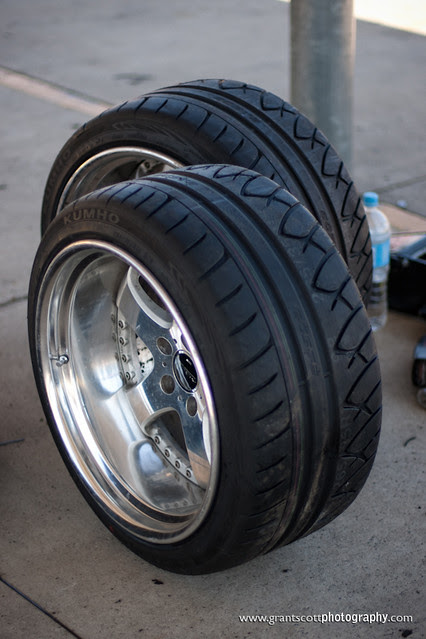 Gotta watch out for those LoL walls... 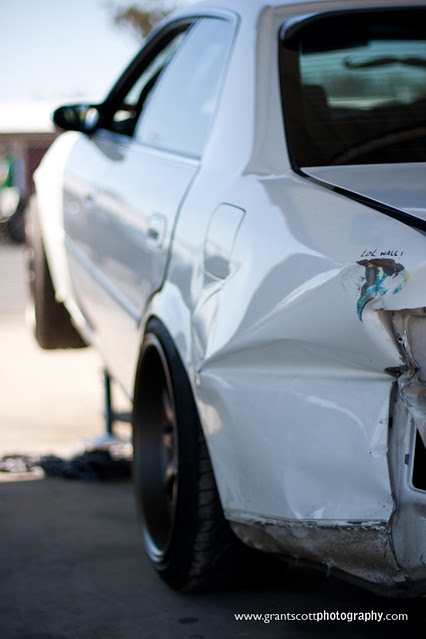 Macey's CST's. These looked incredibly sexy on Jayrad's 14 later in the day. 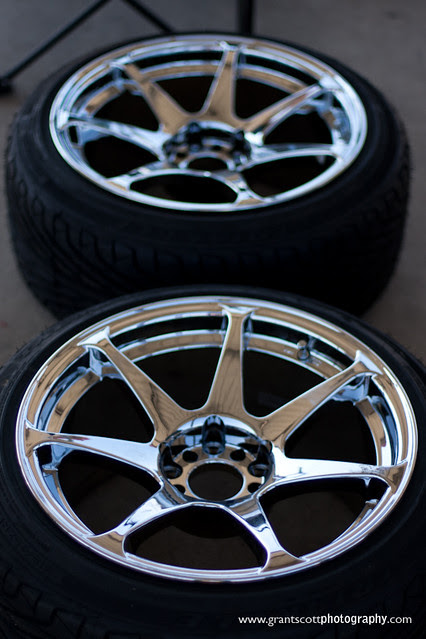 Macey's Series 1. Im not a fan of mismatching colors, but somehow Macey's 14 looks so so awesome. 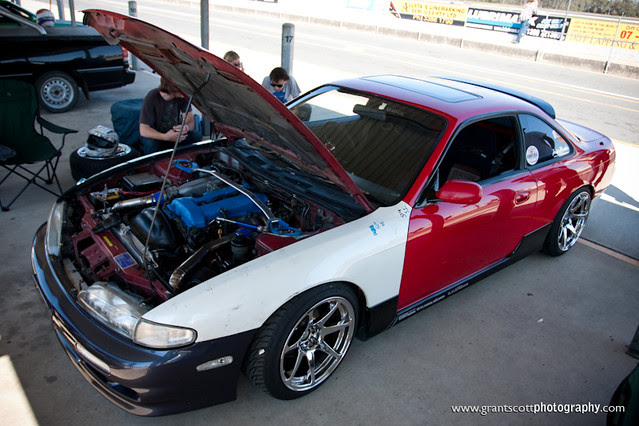 TJ's car up close - Where the magic happens. Unfortunately at this point there was no more magic for today thanks to some broken rocker forks... Yay, datsun... 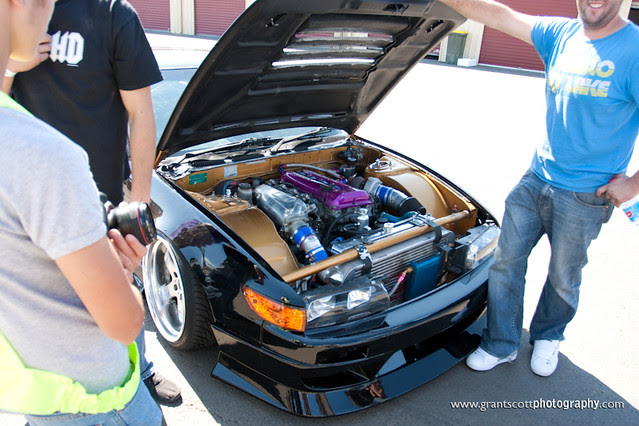 Bride seats, Takata Harnesses and a Nardi - The trifector. The Suede dash is just gravy. 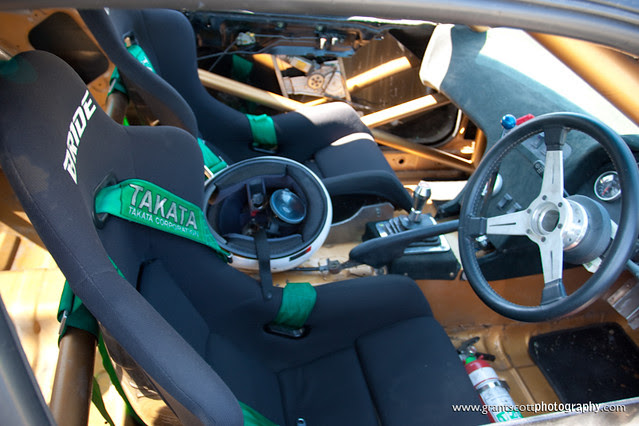 Im currently composing a list of items i want for my s13 lol. Roof wing and red tailights have been on there for quite some time now.... 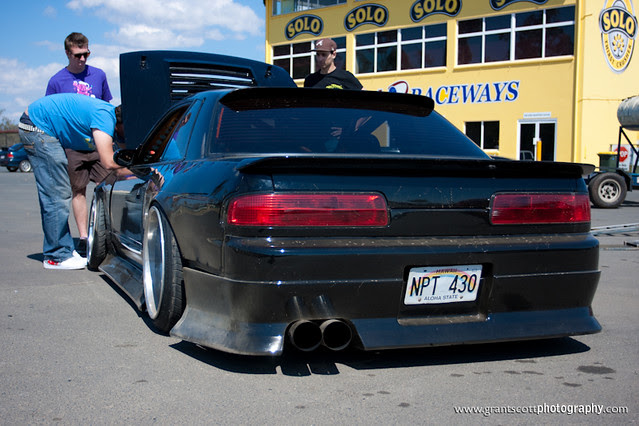 Camera wars - It happens!! Jayrad on left and Jase (owner of the white+orange widebody type x) on right 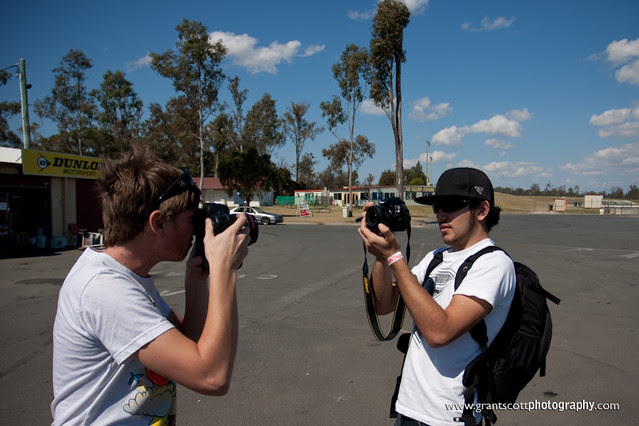 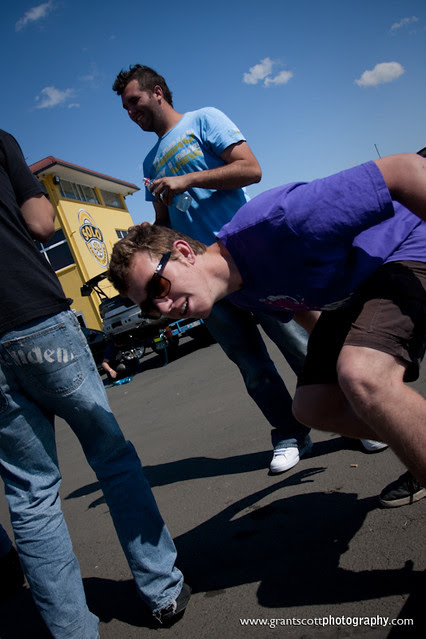 Posted by Midnight Mechanics at 12:33 AM 3 comments: